Are you ready for all those things that got put off ‘until the new year’ and ‘after the holidays’? Here we are! A fresh start with a new calendar. It’s like the world is taking a big deep breath and saying, ‘ok, let’s start again!’ It’s refreshing and renewing in many ways.

The MOMYS are talking about setting personal goals and ways they can encourage and hold each other accountable. The supportive atmosphere of other Moms who understand, who are walking a similar path or who have already been there, is what makes MOMYS the special community that it is.

Several of us ordered Instant Pots from Amazon last month when they were on sale, and there is a discussion thread sharing experiences and information as we learn to use our new kitchen helpers.

Quite a few MOMYS have registered for the retreat in Williamsburg, Virginia March 18-25. At only $650 per family for the whole week, we hope that this year anyone who has ever wanted to do come will be able to afford it. At that price, it sounds like we would be camping, doesn’t it? Actually, we each have our own spacious apartment at a beautiful resort with huge lawns and sidewalks for the children, a historic building revamped into a coffee house where the Dads can connect, and there are so many ways that we Moms can connect with each other – living in a ‘neighborhood’ of MOMYS is amazing! Whether your preference is hosting, visiting, tea parties, decadent desserts (we have to visit Mad About Chocolate at least once!), or Colonial tavern meals – Williamsburg has everything. And for outings, there absolutely won’t be enough time to do everything on the list. First, Colonial Williamsburg is a phenomenal Living History museum with extremely talented costumed interpreters portraying characters from 1774-1776. Jamestown (1600s) and Yorktown (1780s) are right around the corner. For a change of pace, there are several amazing science and nautical museums that Dads and kids especially love. Anyway, I could go on and on. If you want to join us, paypal (no fees) $650 to momys@momys.com and we’ll include you in.

Some of the MOMYS are already working on garden plans! I think keeping our thoughts on springtime helps us get through the cold months. It’s nice to hear from our MOMYS down under who are enjoying the opposite time of the year with warmth and sunshine now.

Watch for MOMYS recipes here this week – made with whole, real foods, nutritious, satisfying, easy to prepare and budget-friendly.

Purchasing through these links sends a percent of your purchase to help support MOMYS care & share! 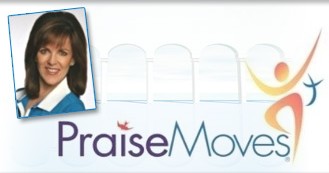 Growfood.com - The Food for Everyone Foundation